Uptivity Apps | How would we do an NHS Contact tracing app?

How would we do an NHS Contact tracing app?

The track & trace system in Britain (and indeed many other countries) has been criticised for being ineffective and hugely costly.

There could be multiple reasons for poor performance in reducing infection rates. For instance, Covid-19 can infect people who show no symptoms at all. These people will infect other people without knowing they are even Covid positive.

So how can contact testing do anything here? Probably can’t.

However, before we absolve the NHS test and trace of any blame, we need to look at what it might have done better. But before that, I want to disclose my interest.

I work for SenServe/Uptivity Apps a Newcastle based (and award-winning) technology company. At SenServe/Uptivity we believe technology might not have all the answers, just most of them. We look at processes and find the right solutions, even if they are low or no-tech.

The NHS track & trace uses a mixture of both low and hi-tech. Hi-tech with an app on smartphones and then low-tech with people having to manually scan QR codes in whichever shop they go into. This then maps/records their location and time. If they were to test Covid positive (crucially, only after developing symptoms), all those who crossed paths with them, based on smartphone QR-code data would be informed to isolate. The infected person would be contacted and interviewed to find out everyone who they might have been near to and for how long.

Can anybody spot the obvious failings?

There might be more failings, but these are the ones which I can come up with quickly.

These reasons are why the great hopes placed (and reportedly £12bn cost) into the NHS Contact Tracing might have been wrong (although a lot of this is in hindsight).

My suggestion would go more ‘tech’ albeit not particularly hi-tech.

Issue everyone with and compel them to carry a pocket-sized Bluetooth sensor. Yes, I know people will complain about civil liberties, but the government has grabbed so many extra powers recently, what difference does another one make.

People would carry the sensor everywhere. It would record locations and time, together with everyone within a few meters vicinity and the contact time. This would be relayed to the cloud via wifi or by piggybacking onto a GSM phone network. It would need zero setting up by members of the public. It would only need to be placed in their pocket.

Stores and venues could have sensors which highlight anyone entering without one, so they could be stopped.

When anyone (with symptoms) tested positive, the data would inform where they had been, when they were there and with whom they came into contact with and for how long. An algorithm would work out risk levels and those who needed to, would be asked to isolate. No one would need to be quizzed about their movements or people they met.

Also, with a rough estimate of when the infection occurred, we could go further back to try and track the possibly asymptomatic source. And then track them and their contacts. This way asymptomatic people could be found.

With time and machine learning, more insights and refinements could be introduced. For example, we might be able to pinpoint exactly infection time-frames to better target potential asymptomatic spreaders and get better assessing risk levels.

How much would THIS system cost?

Ash Nehmet works as a Business Manager at SenServe/Uptivity Apps in Newcastle upon Tyne. 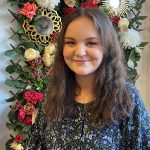 I’m Uptivity App’s Marketing Coordinator. You can find my work on the blog, website, and social media pages!